Gas pipelines are being restored in Zhambyl region after the hurricane 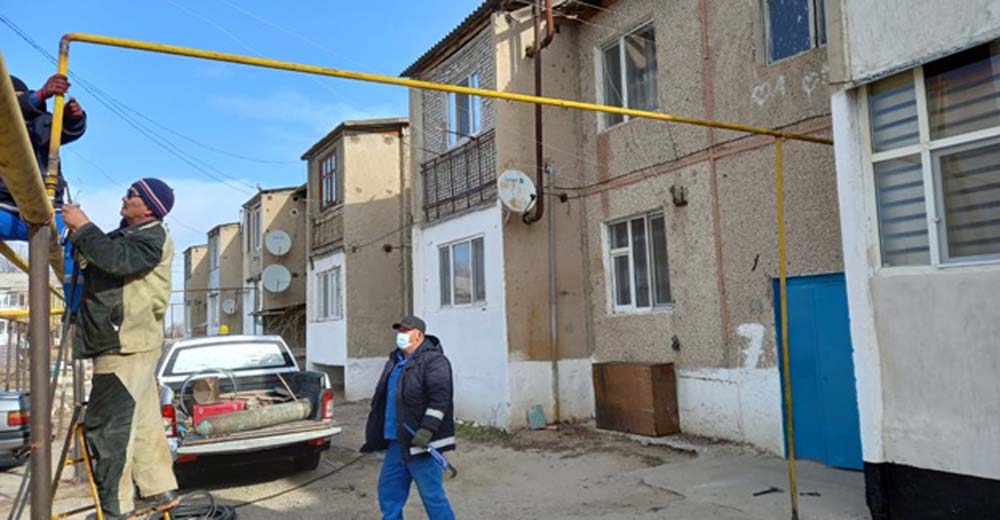 The disaster that struck the city of Taraz and the Zhambyl region caused the destruction of the roof of more than 550 administrative and residential buildings, as well as damage to 6,523 meters of gas pipelines. According to forecasters, wind reached more than 30 m/s.

The hurricane-force wind also caused damage to the gas infarstructure of the region. In particular, the roofs of the administrative building, warehouses and garage of the district gas industry were torn off in the Bayzak district. In the area of T. Ryskulov, where the underground gas storage “Akyrtobe” is located, the roof was torn off from the production building of the pumping station, in the Zhambyl district the motor transport workshop of the LPU UMG “Taraz” was left without a roof.

The strong wind not only tore roofs off houses, carried away billboards and road signs, but also caused the fall of many trees and fences that destroyed gas pipelines. As a result, 545 subscribers were temporarily disconnected from gas.

By the evening of November 18, by the efforts of employees of the Zhambyl production branch of KazTransGas Aimak JSC, all emergency sites were restored, and subscribers were connected to gas. Spot work, such as painting damaged gas pipelines, straightening leaning racks, etc., will continue until they are eliminated.