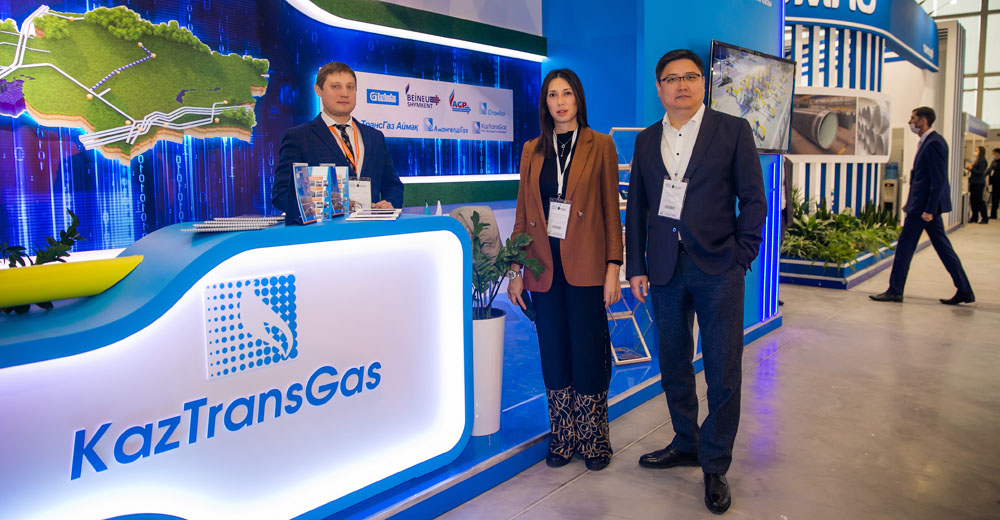 From October 5-7, the XIV Eurasian KAZENERGY Forum and the 27th Kazakhstan International Oil and Gas Exhibition KIOGE were held in Nur-Sultan. This year, 156 companies from Austria, Bahrain, the Republic of Belarus, Great Britain, Germany, Kazakhstan, the Netherlands, Russia and Croatia took part in KIOGE. The 2,700 sq.m. exposition covered more than 13 areas of the oil and gas industry, including geology and geophysics, digitalization, non-destructive testing, engineering solutions, infrastructure development and others. The exhibition was visited by 1,526 specialists, including representatives of government agencies, development institutions, industry unions, associations, employees of national and foreign companies and the media. 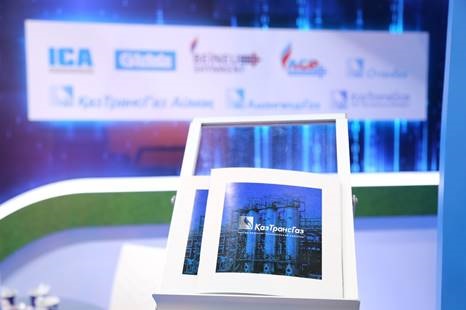 Such major companies as KazMunayGas, Caspian Pipeline Consortium, TCO, Lukoil, Tatneft, TMK presented their stands at the exhibition. The Republic of Belarus and Germany presented national stands, and the export potential of enterprises of the Volgograd, Samara regions, the Republic of Bashkortostan, the Republic of Mordovia, the Republic of Tatarstan, the Udmurt Republic and the Khanty-Mansi Autonomous Okrug was also demonstrated at the event.

The third day of KIOGE was marked by the presentation of awards from the organizers of the exhibition. And traditionally, the stands of the participants were also marked with nominations. For innovation, the stand of KazMunayGas JSC received the award “Most Innovative Stand Design”, the Company “Tagras” presented the best corporate stand, and Tatneft took away the award “Best Stand Design”, the brutal stand of the Republic of Belarus became the best national stand at the KIOGE exhibition. 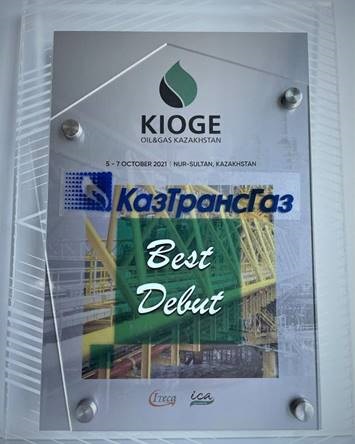 For the first time this year at the International Oil and Gas Exhibition – KIOGE 2021, KazTransGas JSC was presented as an independent gas company.

KazTransGas JSC received an award from the organizers – “The best Debut of KIOGE–2021” – for its originally designed stand, which was introduced to the visitors of the exhibition by employees of production branches and representatives of the engineering and technical center of JSC “Intergas Central Asia”.

Congratulations to all colleagues on the award and recognition of the new status of KazTransGas JSC!