President Tokayev received the Chairman of the Board of KazTransGas JSC 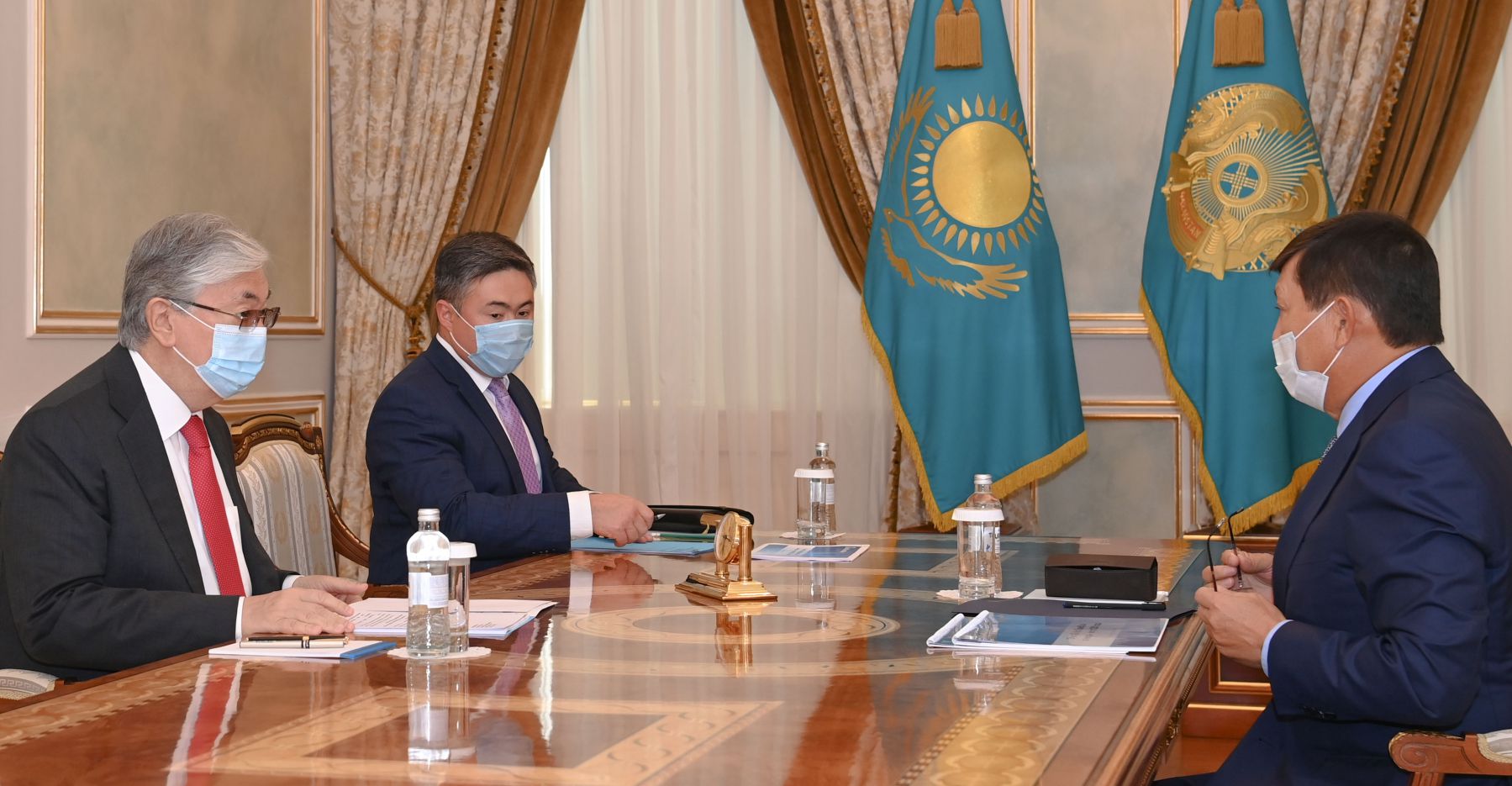 In Akorda, President of Kazakhstan Kassym-Jomart Tokayev received Chairman of the Board of KazTransGas JSC Kairat Sharipbayev.

The Head of State was informed with the production and financial indicators for the group of companies of KazTransGas JSC for eight months of 2021.
According to Kairat Sharipbayev, main gas transportation, compared to last year, increased by 14% and amounted to 65.4 billion m3.

According to financial indicators, the revenue of the National Operator for the reporting period increased by 6% and amounted to 1.342 trillion tenge, while net profit increased by 55% and amounted to 304 billion tenge. As a socially responsible company, KazTransGas JSC subsidizes domestic consumers by supplying gas to the domestic market below cost price. The amount of subsidies to the domestic market in 2021 will amount to 158.8 billion tenge.

Taxes and other payments to the budget, as of August 31 of this year, amounted to 128.4 billion tenge. The entire net profit of the company is directed to maintaining gas transportation system and reducing the debt burden. So, for eight months, the group of companies of JSC “KazTransGas”, including joint companies, repaid debts in the amount of 995 million US dollars. In general, for the period 2014-2021, the debt burden on the group of companies of the national operator was reduced by 9.2 billion US dollars.

Design and estimate documentation has already been developed for all these projects, while their implementation will partially require the own funds of KazTransGas JSC, which will be attracted as a result of the planned IPO.

The Head of state was also presented with promising projects of the gas industry, one of which is the construction of the second line of the Beineu-Bozoy-Shymkent main gas pipeline, which is currently operating at the limit of its capabilities.

In addition, during the meeting, projects were considered to increase the resource base, such as the construction of gas processing plants at Kashagan and increasing its own gas production due to the introduction of new fields.

The Chairman of the Board of KazTransGas JSC also spoke about the digitalization projects of the group of companies. For example, work continues on the creation of a digital map of the objects of the gas transportation system. To date, 2 million subscribers, 19 thousand km of gas pipelines, 22 compressor stations have already been “digitized”. By 2023, it is planned to “digitize” another 47 thousand km of distribution networks. This will allow to control the costs of maintenance and repairs through data analysis.

President Tokayev expressed support for the proposed projects and measures for further gasification of the country. At the end of the meeting, the Head of State set a number of tasks for Kairat Sharipbayev aimed at developing the gas industry of Kazakhstan.